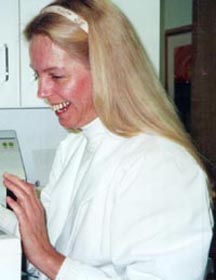 Jacqueline (Jacqie) Lamb serves as the Partner-Co-Owner of the Manchester Animal Hospital. Her experience with animal care has been diversified and her experiences provides the Hospital with the in- depth care shared by patients and clients alike.

She graduated from the University of New Hampshire with a BS in Zoology and while attending UNH she operated her own farm. This provided her with a more in- depth knowledge of animal science and husbandry while providing her an opportunity to live a completely sustainable lifestyle and income for her studies.

After graduating she was employed by Essex Technical Institute as an instructor in Animal Science and Nutrition.

When she married Dr. Larry Lamb, she began to incorporate her education in a partnership with Dr.Lamb which included practicing the skills of a laboratory technician, veterinary medical research assistance and practice manager .

Larry and Jacqie shared many experiences in the application of their combined knowledge of Animal Science and Practice management and while operating a Veterinary Clinic near Stowe, Vermont, they conceived of an idea which was ground breaking. They designed a facility called the Ani-Mall, built it in the Capital of the State and offered the public an opportunity to have an Animal Hospital, a boarding facility and a Pet Shop under one roof.

In the Ani-Mall, their Community Animal Hospital was the first in the State of Vermont to offer Board Certified Specialist care.

She also participated in researching a legal case involving the American Veterinary Medical Association. For this work and for her participation in editing a book about Veterinary Ethics she was acknowledged by the Author of the book “Veterinary Ethics” in the forward of that volume.

They eventually made a mutual decision to bring their experience to the Sea Side town of Manchester by the Sea. Together, they operate the Manchester Animal Hospital and gratefully work and live in this wonderful village on Cape Ann. 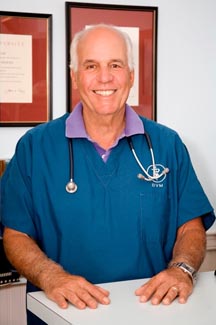 Dr. Larry Lamb graduated from the Cornell University College of Veterinary Medicine with a Doctorate degree at the age of 23, possibly the youngest student to complete what is usually an eight year course of study. Upon graduation he accepted a commission from the United States Air Force. At the US Air Force Security Base in San Vito de Normanii, Italy, he designed and ran it’s Veterinary Clinic, while also providing Military Public Health services for the Naval Station in Naples, Italy. While serving in the U.S. Air Force he traveled to North Africa to apply for the US Air Force Scientist as Astronaut Program, to India, Asia and extensively in Europe. He was awarded the rank of Captain.

Upon returning to the United States, he became the Veterinarian in charge of Lebish Animal Hospital in New York City. In NYC, he also participanted in a post-graduate program at the Animal Medical Center in New York City.

Leaving New York, he designed an expedition that entailed driving from North Africa, through the Sahara Desert and into the interior of that continent. Finally, arriving in South Africa his experiences camping in the wildlife preserves of East Africa and living among the indigenous peoples of Central and West Africa was an invaluable lesson in understanding the true nature of African Wildlife and sharing humanity on a scale difficult to define.

Returning to the United States he established the Beaver Pond Animal Hospital near Stowe, Vermont and the Valley Animal Hospital in Waitsfield, Vermont. He and his partner, Jacqueline Lamb, then created the Community Animal Hospital in a complex they called the Ani-Mall in Montpelier. This facility employed the first Board Certified Veterinary Specialist in the State and also provided a Pet Shop, Aquarium and Boarding facility.

This accumulated experience was utilized in achieving a long time goal: serving a small community on the coast of Massachusetts, near where his wife and partner, Jacqueline, grew up. Thus, Manchester Animal Hospital was created with the goal to provide state of the art veterinary medicine on a small scale, with the desire to treat patients and clients the way they wished to be treated by their own health care professionals.

Ethical practice of veterinary medicine and the important role that comraderie plays among professionals have been goals he has held in the highest regard., Dr. Lamb has worked for the Veterinary Association of the North Shore as President for several terms, found the conference center for it’s continuing education meetings and for it’s annual picnic at Tuck’s Point in Manchester by the Sea.. He has participated in the editing of the Veterinary Text Book, “Veterinary Ethics”, for which the author, Jerrold Tannenbaum, Lld, acknowledged him and Jacqueline Lamb for their assistance. Additionally, he co-authored a study of Veterinary Anesthesia with Dr. Nicholas Dodman, which was published in the Journal of The American Animal Hospital Association.

He and his wife, Jacqueline, live in Manchester by the Sea, Massachusetts. They own and operate the Manchester Animal Hospital.

Font Resize
Contrast
Accessibility by WAH
Call Us Text Us